How do you celebrate your brother’s life when you still have so much you want to share with him and he’s gone too fast, too soon, and you want to say to him, “No! Not ok! We were supposed to grow old together!”

But then you let love soften your heart and maturity shake your head. You trust he has his own journey to fulfill, even though you may not like its finality or begin to comprehend it, and you honour it and him, and try to “make friends with gone”, to quote Shari Ulrich. 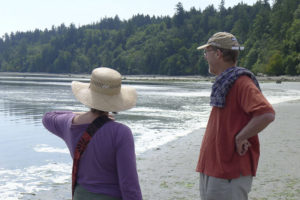 Greg gave so much to celebrate and it’s still sinking in how much. He was our oldest but not typical first child; he was not our dominant lead. He kind of held back, so it was easy to overlook how deep he was, how talented he was, how generously kind he was – all in his own unassuming Greg ways.

He showed up at your doorstep. He wanted to know you. He asked. He listened. He was everyone’s friend and admired and loved by many.

All the years of Jeanie’s growing up, our two families played together: My family would stay at Windsong; at Savary we’d overlap our holidays; and Greg and gang would make the trek to visit us in Merville, northern Vancouver Island, or we’d all go camping. And sometimes he’d come on his own. I loved watching him drive up our road in one of his foster cars, the roof packed to tipping point. His attitude was always, “Yah! Sure! OK, let’s do it!”

It’s not that he couldn’t afford a new car; he felt it was his responsibility to recycle and appreciate the benefits of some of the older models. He’d often go on a solo “road trip” with his books and newspapers, and probably a Slurpee. I think the RCMP knocked on his window one time while he was catching a few winks in a parking lot? He was the most responsible career and family man who never gave up his free spirit.

Obituaries notwithstanding, he wasn’t a saint. He could be stubbornly set in his ways, and I lost him for a while when I wished I hadn’t, and I never really understood why because we never really talked about it, but when he was back and in the stretch of time since, talking about it didn’t really matter because so much else did.

He was a pal, not just to me. But in the last few years he and I began to enjoy brother-sister dates and I treasured them. We met at the art gallery, went to baseball games, roamed my new hood. We loved the same things and we shared them. OMG we laughed and laughed; it runs in the family.

I have so much to thank him for. I looked up to him from earliest memory. He taught me to jive at 8: Buddy Holly had just come out. Greg swung me high in the air, over one hip, over the other, through the legs. Boy, he could dance! I was enchanted. But also, dramatically harrumphed that I wasn’t invited to his mixer in our rec room, so I snuck in anyway and hid in the dark – until banished. I forgave him, … sort of.

He leant me his lovingly oiled Spalding baseball mitt at 10 and showed me how to use it properly. That mitt could scoop any ground ball or trap a high fly, and I fell in love with baseball. We were at the same school, the old Prince of Wales on King Edward and Marguerite, he in Grade 10, I in 5. We lived right across the street and there were always baseball games in the fields. With mitt ever ready I tried to get in on them every chance I could.

He made me feel like a budding Rembrandt at 16 because he loved my first oil painting of his logging boots that hangs in his home now. That was so encouraging!

Greg gave me my first camera, a sweet little Pentax SLR, and opened the wonderful world of photography for me. We both liked candid people shots. He loved sharing his knowledge and showing off his camera collection with a lecture about “real” cameras. When it died after years of service, he happily added to his collection and helped me buy another one.

He loved music and he often made me cassettes and CDs of all genres from Connie Frances to Stan Getz, because I just had to hear …

We talked books and writing skills; he was a strict editor. We were proud of his career in journalism.

Greg and I shared a commitment to contribute to a more egalitarian world – he in politics, I in education. We were the family “pinkos” who joined protest marches and wrote letters and voted Left. He cared about the little guy, the one lagging or exploited. He spoke up and stepped up.

And he was always fun. All bundled into the car one time we played “Who can name …?” on the way to our ever-expanding clan’s family Christmas party. He was winning till we discovered he was cheating with a list up his sleeve. When Jeanie dated her friend, Calvin Westbrook, in high school, 3X MVP and high school basketball record holder, Greg was over the moon and took her to every UBC tournament game they could catch, where they’d have stealth hamburgers, unmentionable to vegetarians in the family.

He was a laid-back TERRIBLE driver – and I’m ignoring millennial eye rolls – Seriously, who sits in the left lane through 3 lights and then on a green goes straight!?? And then says, “Oh, well, we’ll let the traffic go by. They’re probably in a hurry.”

His quirks made him even more lovable. He was Greg. Our big brother. Husband, father, uncle, cousin, friend.

Not yet a friend of “gone”, I’ll always be grateful for him, and we wholeheartedly celebrate all of who he was and will ever be for us. 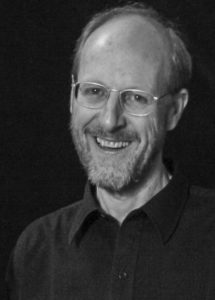